The Quran is the source; human souls are the target and beneficiaries. Accepting as true, both in theory and practice, that the Quran is what Allah says it is, lies at the core of an essential Islamic tenet according to which every Muslim must believe in the holy prophets and their holy books (revelations) on top of which stand Prophet Muhammad and the Quran.

As the final revelation and eternal miracle to mankind, the Quran is to surpass in authority and influence all the previous miracles associated with earlier prophets. If such is not the case, the problem is not with the Quran, but with, and within, us.

It is owing to this that Allah at one point describes the Quran as “ruh” (soul, spirit, inspiration, command) (42: 52), which means that the Qur’an inspires and sustains an intellectual, moral and spiritual life with and in those who embrace it as their life companion and guide.

Hence, in the same verse wherein the notion of the Qur’an as “ruh” has been mentioned, the notions of book (true knowledge), faith, guidance, enlightenment and the straight path have also been articulated, whereby the comprehensive nature of the Qur’anic impact on the phenomenon of existence at large is clearly spelled out.

This applies as much to individuals and their personal life missions as to institutions, communities and nations and their collective missions. One of the best ways to behold the Qur’an as a miracle in action is to witness and experience what it does to our souls and our individual as well as societal life systems and organizations when it is invited and duly permitted to do so.

For obvious reasons, historically, the Qur’an functioned as an enduring catalyst of spiritual as well as intellectual literacy in the Muslim world. The literacy rate most of the time was remarkable.

For instance, during some of the most prosperous Muslim epochs, many not only scholars, but also ordinary people across the vast Muslim territories were bilingual. They spoke, or were able to understand, Arabic as the language of the Qur’an, apart from their own native languages such as Turkish, Persian, Urdu, etc.

Small wonder, then, that the enemies of Islam always strove to alienate Muslims from their Qur’an and the Arabic language – Arabs from the purity of their language in favor of some peculiar and hollow vernaculars or dialects, and non-Arabs from it altogether in favor of some equally peculiar and hollow alternatives served in the name of bogus forms of cultural refinement and classiness – knowing only too well that the Qur’an is the point where the case of Islam and Muslims can get hurt the most.

On the whole, it is utterly irrelevant how much one reads of the Qur’an. What is relevant is how he reads it, how much he comprehends of the Qur’an’s infinite wisdom and messages, and how successfully he translates and implements what he learned therefrom onto the complex and demanding arena of life.

Reading the Qur’an in order to correctly understand and effectively apply it in life is what every Muslim’s struggle (personal jihad) should be, regardless of how fast or slow the process might be. People are born different with different intellectual and spiritual propensities and gifts, so, their performances and results will vary accordingly. What is appreciated most in the sight of Allah are the appropriateness and sincerity of intentions, dedication to the noble purpose and perseverance.

In other words, what matters most are overall efforts and some spiritual intangible components and criteria, rather than sheer numbers, figures and some irrelevant quantifiable measures and standards. In certain situations, clearly, less will mean more. 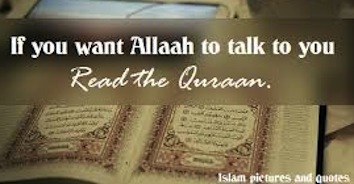 Therefore, to emphasize and insist in the current Muslim intellectual and spiritual climate on dealing with the Qur’an only in terms of the numbers of recited sections (juz’) or chapters (surah) a day, or the numbers of khatm al-Qur’an (recitation of the whole Qur’an) a month or a year – especially with the general public and in non-Arab societies — will be grossly inappropriate.

In passing, all the traditions and accounts referring to the magnificent acts of reading, reciting and even memorizing the whole or substantial portions of the Qur’an aim at the propositions of the correct understanding, appreciation and implementation of the Qur’an in people’s day by day activities and interactions.

Constantly reading, reciting and memorizing the Qur’an — plus printing, promoting and distributing it – should represent mere righteous means, methods and strategies meant to encourage and facilitate even more dignified and righteous objectives. Some of those traditions are gravely misunderstood and are taken out of their contexts.

The ultimate goal of every Muslim should be to become a “walking Qur’an” just as the Prophet Muhammad was, that is to say, that he should personify in his overall deportment and manners the Qur’anic worldview, values and teachings.

By not being reduced to just a theory, the Qur’an will also promote itself as a living miracle and workable blueprint for all the feasible civilizational enterprises of man.

Nonetheless, such is the nature of the Qur’an as Allah’s final and eternal miracle (mu’jizah) to people that it offers to its readers and students only as much as they really want and are prepared for.

Hence, there are people who read the Qur’an a lot, but receive nothing or very little in return. That is so because in reality they never wanted more from the Qur’an. Some people, on the other hand, get much from the Qur’an only because they so wanted from the outset. On balance, it is only fair that people get what they sincerely wish and are equipped for.

It follows that since the human hearts are the repositories of the Qur’an (26: 194; 2: 97), only they whose hearts have been purified could grasp and accommodate the purity and inviolability of the Qur’an’s divine wisdom and messages.

A person’s benefits from the Qur’an will always be proportionate to the extent of the purity of his heart. The tongue and the mind are not the repositories of the Qur’an. They are but stations or degrees through which the Qur’an passes on its voyage to its final destination, the heart, leaving its suitable impact and marks at each of those stations. That is an implication of the following Qur’anic verses: {Indeed, it is a noble Qur’an, in a Register well-protected; none touch it except the purified. (It is) a revelation from the Lord of the worlds.} (56: 77-80).

When reading or studying the Qur’an, every individual is to bear in mind that the Qur’an has been revealed through Prophet Muhammad (peace be upon him) directly to him. Every word is Allah’s direct speech (communication), or revelation, to him.

Therefore, every individual should prepare himself for the scale of such a mode of communication primarily by removing any spiritual and mental obstacles that might stand between him and the Qur’an and thus hinder reception.

He can try to imagine himself alone in the cave Hira’ (the venue of the first and most dramatic revelation to the Prophet (pbuh)) as a backdrop of the communication. He also needs to disengage himself from this physical world and try to connect up with the metaphysical plane, a world of a higher order of things and meanings, as much as possible.

After every verse — or sets of shorter verses — the person should stop and attempt to fathom what exactly Allah was conveying particularly to him, using translations, commentaries of the Qur’an and even appropriate secondary books and references as aid. The help of trustworthy scholars can likewise be sought.

Undeniably, apart from general messages, there are specific Qur’anic messages for each and every one of us. We are to search for ourselves and our specific existential cases in the infinite sea of the Qur’anic wisdom. No rushed moving on to subsequent verses is to be undertaken until the previous ones have been adequately understood and acted upon.

In the meantime, however, the person can embark on sporadic casual and superficial readings, in order to gratify his inner impulse which is bound to be intensified by some ubiquitous religious trends, but the former approach is to remain a priority irrespective of how slow, protracted and challenging it may be. The same style is to become integral to one’s life mission, for there is nothing better and more rewarding than being an everlasting student of the Qur’an.

For the above reasons the Qur’anic verses are called ayat — plural of ayah — which means “signs”. So, as a book of revealed signs, the Qur’an is to be meticulously read, explored, contemplated and put into practice.

In tandem with the reading and exploring of the signs (ayat) of the natural and physical world, a Muslim armed with the Qur’an in his heart has everything at his disposal needed for unraveling some of the biggest mysteries of life, and for marching confidently towards the ultimate realization of his life mission and purpose.

In the process, some of the most splendid chapters in the history of human civilizational output and ingenuity were written. And unquestionably, for contemporary Muslims and their mounting unprecedented challenges, too, the methods of integration between revelation and reason, science and religion, the matter and spirit, the body and soul, the heavens and earth – that is, between the ayat (signs) of the revealed Qur’an (al-qur’an al-tadwini) and the ayat (signs) of the physical existence or the ontological or cosmic “qur’an” (al-qur’an al-takwini) — will always be most effective. 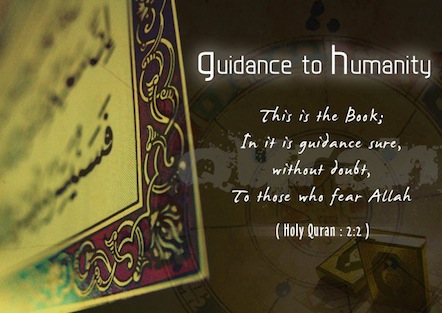 However, there are no prescribed models of integration. What at all times will be needed are people’s willingness, motivation, open-mindedness, dedication, hard work, leadership and a culture of comprehensive excellence, with every age producing its own protagonists and modi operandi.

The above notion is somewhat encapsulated in the following account. ‘A’ishah, the Prophet’s wife, narrated that one night the Prophet (peace be upon him) stood up in prayer and cried until his beard became wet. He prostrated and cried until he made the ground wet. He then laid down on his side and cried. When Bilal came to alert the Prophet for the Dawn (Fajr) prayer, he said:

“O Messenger of Allah! What makes you cry, while Allah has forgiven you your previous and latter sins?”

He said: “O Bilal! What prevents me from crying, when this night, this ayah (Qur’anic verse) was revealed to me: {‘Verily, in the creation of the heavens and the earth, and in the alternation of night and day, there are indeed signs (ayat) for men of understanding’} (Al ‘Imran, 190).” The Prophet then said: “Woe to he who recites it but does not contemplate it.” (Tafsir Ibn Kathir)