The significance of “dhikr” (remembrance) and “ayat” (signs)

It is partly on account of all this that the concept of “dhikr” (remembrance of Allah) is so important in Islam. By incessantly remembering and extoling Allah, man indirectly remembers himself and his weighty life purpose and mission, too, in the process effectively subduing and curbing his ego. By not forgetting Allah, man does not forget himself either.

Man needs to remember at all times, but the propensity to remember is not his forte. He is a being prone to forgetting, needing constant reminders, due to which man is called “insan” (human being, person and man), which is derived from the words “nasiya” and “nisyan”, meaning “to forget” and “forgetfulness” respectively.

In ontological terms, to forget, but remember — or get reminded — on time, is human. However, to become a forgetful and heedless person, is anomalous and repulsive a pattern. It is a sign of one’s spiritual malfunction and failure.

No wonder that forgetting is often associated with Satan and his sly trickeries. According to the Quranic terminology, sometimes when Satan succeeds in deceiving and misguiding man, he does so simply by making him forget.

Allah also says that one of the most agonizing scenarios for man in this world is when he forgets himself. For that reason does Allah, as a result of some people forgetting Him, punish them by causing them to forget themselves. He said:

And be you not like those who forget Allah, and He made them forget their own souls! Such are the rebellious transgressors! (59: 19).

The first reminder in man is his fitrah. Fitrah’s task is supported and guided by Allah’s revelation (the Quran), which, too, among other names and attributes, is known as “dhikr”. When Allah swore by the Quran in surah (chapter) Sad, He described it as “full of dhikr” (Sad, 1), that is, endowed and replete with reminders, admonition and all that one ought to remember. Allah also said:

And in truth We have made the Qur’an easy to remember; but is there any that remembers? (54:22).

Accordingly, the Quran is to be perceived as the manual for living and the guidance for mankind, whose verses are not by chance called “ayat” or signs that guide, admonish and warn. While discharging his life assignments, man needs to read, fully comprehend and thoroughly act upon those signs. Only then will he be able to arrive at his coveted destination of self-actualization.

Moreover, the Prophet, through whom the Quran has been revealed, was also only “mudhakkir” (the Reminder) to people. Allah thus addresses the Prophet (peace be upon him):

Apart from the revealed Quran (al-qur’an al-tadwini), there is also an ontological “qur’an” (al-qur’an al-takwini), so to speak. In order to do full justice to intrinsically “forgetful” man, his Creator, Almighty Allah, in addition, created and scattered incalculable “ayat” (signs) all over the multi-tiered web of existence, both in the heavens and on the earth.

Man has thus been invited — just like in the case of the revealed Quran and its ayat — to read, contemplate, understand and act upon those ayat, if he really wanted to grasp and come to terms with his place in the universe and his existential objective, fostering in the process productive relationships with life’s physical and transcendent realities.

Man’s moving ahead towards self-actualization denotes the beginning of a genuine civilization. It is only when man arrives there that a full-fledged civilization becomes a reality, and having thus fulfilled his physical, mental, ethical and spiritual potentials and talents, man becomes truly civilized.

Absolutely, a confused, lost, despondent, guilt-ridden, failed and “forgotten” man by no means can be categorized as civilized.

Owing to this, perhaps, civilization is called “hadarah” in Arabic. The term is derived from the words “hadara” and “hadir”, which means “to be present” and “present” respectively. The message meant to be thus communicated is that whenever man reaches the level of total self-actualization, elements of a true civilization start emerging. The former is the cause, the latter the effect. 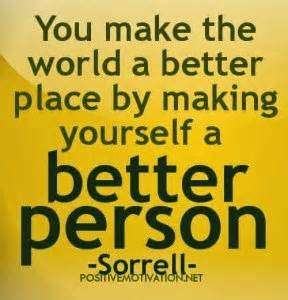 The mere presence of such man, and the presence of his ubiquitous state, are a genuine civilization’s raison d’être. All types of obstacles, hindrances and distractions, both conceptual and physical, that may stand between man and his accomplishment of his heavenly calling, and cause him and his underlining qualities to be “absent”, must be forever and in all contexts done away with.

A hallmark of a genuine civilization, it follows, is that its constituents aim, not only to sustain man’s self-actualization status, but also propel it to higher levels. It is an embodiment of every goodness and virtue, on the one hand, and of every successful tangible initiative, plan and program, on the other.

In other words, such a civilization is a composite of man-made “ayat” (signs), which in unison with the ayat of the Quran and the ayat of the physical world, steer man to his ultimate destination. Only the highest degree of harmony, as well as cooperation, between the three genres of “ayat” (signs) can guarantee man success and happiness in both worlds.