When you submit yourself to the mercy of Allah, and seek to help yourself, you will find that Allah will provide you with what you need to make it out of addiction.
aaa

This article is from Reading Islam’s archive and was originally published at an earlier date.

Did you know that many people discover Islam through addiction, and it can be their ticket to Jannah?

In this two-part article, we will hear the stories and experiences of reverts facing different and multiple addictions, and how in their search for a solution to save themselves, were not only guided by Allah to Islam, but found freedom from their addictions.

While supplying advice for recovery along with resources including tips from Quran and Sunnah, I hope this series will inspire and motive others suffering from addictions to become free and liberated.

David, an American revert, was addicted to alcohol, and opiate drugs, including Oxycontin, marijuana, and Xanax.

He used alcohol and marijuana during high school at 15. He continued to use up until the age of 30, looking for an “escape” from the life he had which he was dissatisfied with, suffering from anxiety, depression, anger, and insomnia.

His health, along with his relationships, finances, and his soul, and chances of a secure future deteriorated. He says that looking back, after suffering from acute pancreatitis at 22, that “Addiction is just a slow-suicide.”

Although being an Atheist, he had to attend AA (Alcoholics Anonymous) and NA (Narcotics Anonymous) meetings, which changed his life.

In these 12 step recovery programs (will discuss in depth later), he had to ask God for help, because it usually takes divine intervention to aid in the recovery. This was a pivotal point in his path to Islam, because he didn’t even believe in God.

Islam provided him with a different viewpoint about life, and gave him direction, and made him value his health and life. He hasn’t drunk since he took his shahadah, and is still in his opiate addiction recovery program and taking medications, and going through counseling to help overcome it.

Allah’s grace and mercy helped him maintain his sobriety fairly easily. He says that drugs and alcohol just simply became revolting to him as if the desire was completely erased from his mind.

When you submit yourself to the mercy of Allah, and seek to help yourself, you will find that Allah will provide you with what you need to make it out of addiction. Avoiding bars and alcohol sections of stores, and friends that indulge in drinking is critical in overcoming this addiction. More advice on this later.

Amir, an Australian revert, battled nicotine addiction for 15 years, returned to it numerous times, and is currently nicotine-free for one month now.

Regarding his alcohol addiction, he found an easy way to help himself. He reminded himself constantly of wisdom from Allah.

He also reminded himself of the hadith that says:

For his temptations for smoking marijuana and taking ecstasy, he feels that Islam keeps him away. He says: “I have no doubt I would be taking pills somewhat regularly were it not for Islam.”  He just couldn’t see himself upholding the respect of Allah, or gaining His mercy if he was intoxicated or high.

Learning the ways that Satan tempts mankind can make it easier to avoid falling into his seduction. Focusing on how it affects our life and hereafter can help one make wiser decisions.  This means to have taqwa (abstaining from evil through the fear, consciousness, and love for Allah). 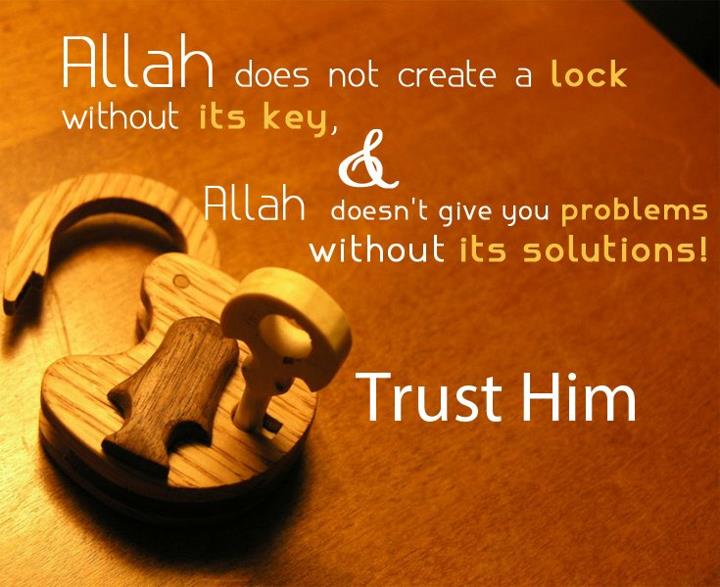 Asiyah, an American revert, was addicted to everything reckless including alcohol, promiscuity, sex, and marijuana. It all started in 2012 before her 45th. birthday. She became disabled from an accident, and fell into depression.

She had already felt that God abandoned her in 2008 when she was abused along with her children, and she was also repeatedly raped and controlled by her ex.

Although she didn’t contemplate suicide, she did lose the will to live, and so she decided that since she was going to die eventually, that she would “go out with a bang!”

Since doctors had written her off, due to medical issues she faced, she took matters into her own hands and proceeded to do things that made her feel good.

She found herself having secret sexual relationships with her daughter’s male friends triggered by drunken advances. With her physical ailments, she started using medicinal marijuana. Nothing was truly bringing her real happiness, but only hurt, emptiness, and despair, hitting rock bottom.

She had a friend from Saudi that tried to help her with her feelings, and suggested to watch a video of Yusuf Estes. Feeling that he was trying to convert her for his own selfish reasons, she stopped talking to him.

One day, after taking a bath and feeling totally lost and helpless, she fell to the floor and put her hands in the air saying:

“God, if You are there, I need You. My way isn’t working. Show me the way. Show me You are real.”

The very next day she started noticing Allah revealing things to her little by little. She thought she was going crazy. She began paying attention to everything, and eventually gave herself fully to Allah in submission. After three weeks, she said her shahadah after seeking guidance from a trusted sister.

She overcame her sexual, substance and alcohol addictions and feels that Islam had everything to do with it.

Did you know that averting from sexual related addictions can be one’s personal ticket to Jannah?

Counseling can work wonders for those suffering from sexual addiction. There is a program that helps Muslims with sex addictions and related matters. It’s worth checking out called PurifyYourGaze.

A.A. (Alcoholics Anonymous) and N.A. (Narcotics Anonymous) are two widely known recovery programs that exist worldwide to help addicts overcome their addictions. Although many enter these programs by force by law enforcement, others voluntarily enter the program. The meetings are universal and can help those with any form of addiction.

It is structured using a 12 step program that the addict must follow, and low and behold, every step involves a spiritual cleansing and seeking God’s help! It doesn’t surprise me that so many recovering addicts find Islam in the process because the 12 steps are exactly what Islam teaches mankind. Those that do not go through the program, still basically unintentionally follow the steps innately.

The program steps includes acknowledging the fact an addiction exists (admitting they are a sinner), and seeking outside help and guidance from the one that knows them best – God, and submitting themselves to His will. (Islam means to submit to God, and His will.)

Next, one begins doing a moral inventory of oneself. They acknowledge their problem, to themselves and to God, desiring that God removes the obstacles and pleading to Him to help them save their soul (seeking guidance).

They list the people they have wronged, and make the intention to right those wrongs. They approach the individuals and apologize and seek forgiveness to them one by one.

This helps purify their soul, and to gain pleasure from God because God will require the two to face each other as a last chance to reconcile on the Day of Judgment before He judges over them, and the victim will have the upper hand if one makes no effort.

The person continues to take personal inventory of themselves and seek a better God-consciousness through regular prayer asking for knowledge and to give them the will to carry it out (obtaining taqwa).

Lastly, they spread the message of the program steps to others that they know to help them overcome their addiction. This sounds like dawah right?