Home is a place of love from which the body may leave but not the heart. No one has invented a place that provides tranquility and love; a soft place to fall, that is better than home. One’s happiest moment is entering a peaceful loving home. The human soul is joined for life to its family members and together they make memories that revive and stir the soul throughout its existence.

If home is all these things; and can provide people with so much warmth and comfort, and if it really is the building block of a society, why do so many people stand idly by when families fall apart? And, why do families try to thwart the endeavors of young people who wish to marry in the way of Allah?

Young married Muslims have a number of dilemmas to work through if they are to establish the foundations of a successful, loving and happy home.

As individuals fluctuate between decency and immorality, likewise societies waver between good and evil. As the modern world winds up in terms of technology and scientific advancement, it is suffering from a moral vacuum. As humanity debates and ponders over the ethical framework in which humans should live.

Making successful families is both a challenge to young people and a requirement for society to flourish and develop. If people want to live in a place that is harmonious and safe, they should exert every effort to help young people marry and make happy homes so that the rights of all are respected and fulfilled. The choices people make have consequences in their own lives and also touch and affect the people around them.

With a lack of boundaries, a loss of spirituality and an absence of conscience, humanity has formulated a modern day civilization where, for the first time in history, indecency and promiscuity are not only allowed, but are fed to young and old through education, advertising and entertainment.

This has culminated in drastic changes in attitudes and societal values that regulate the behavior of people and their ability and desire to commit to marriage. It also reduces the know-how necessary to not only marry, but to be committed to spouse and children as well as extended family, regulating the self so that home will become a catalyst for change within the individual and his community.

In today’s world there is a lot of cynicism concerning marriage and family among young people in the general society. Many no longer believe in marriage; trusting that what really matters is that two people care about each other.

In this context, marriage is often considered ‘out of date’. Feeding this dilemma, the older generation has shown young people time and time again that divorce is easier than commitment. We are now living in a world where the very definition of ‘family’ is held up to scrutiny and those young people who adhere to the Islamic definition of family are indeed a minority.

Young Muslims, who are trying to practice Islam, give the world hope that the family will survive the modern day moral onslaught. A seventeen-year-old who recently married amid criticism from some of her Muslim relatives, explained her thoughts on this issue:

“Marriage is not only being with the one you love; you are also attaching yourself to someone with good character; someone you can trust and depend on; someone who will help you solve problems and be your partner in life.”

She added that since getting married, she has started practicing Islam more. Now, she  feels strong enough to face any kind of criticism and opposition. 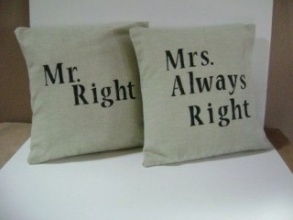 “When I was growing up a certain part of my family were critical and generally negative. There was no sincere concern and love between these family members. Now I’m building my own home, and I’m very much aware of how I want my relationship with my husband to be and how I will raise my children. I want ‘my’ family to be characterized by love and mercy. That’s what I think Allah wants of us.”

A twenty-five-year-old mother of two who is happily married said:

“You don’t have to worry about your husband gambling the money, coming home drunk or stoned or chasing women, because he knows he is accountable before Allah and he is not only committed to me, but also to living a good, clean life.”

Such attitudes form a solid foundation for marriage and provide more hope of a married couple having a harmonious home.

A twenty-year-old young man who married recently has a vision in his own mind of how he wants his family to be.

“I feel happy just envisaging the possibilities and this really is the beginning of happiness. I feel that the relation between my wife and I is so special; I want to nurture the love, commitment and understanding we have of each other. I want to protect my little family and that starts with me not speaking or behaving in a way that will hurt or harm.”

The Way to Happiness

This young man and his wife married amidst a great deal of opposition from family members who had no valid excuse to criticize the match. Overcome by cultural expectations, the families lost sight of the goal of marriage; tranquility and mercy.

“Society these days has made the relation between a man and woman not special anymore. It has become cheap; something that comedians make jokes about, a subject for films and stories that distorts the reality. There is cheap pleasure everywhere!

Marriage in Islam is based on a contract but that is just the beginning; each party has to be committed to the happiness and well-being of the other. The possibilities of how close and happy a couple can become, is endless. My husband and I wake each other up at least once a week to do the night prayer. It’s things like that, and simple pleasures like going for walks, making plans, and eating a meal together that create happy memories.”